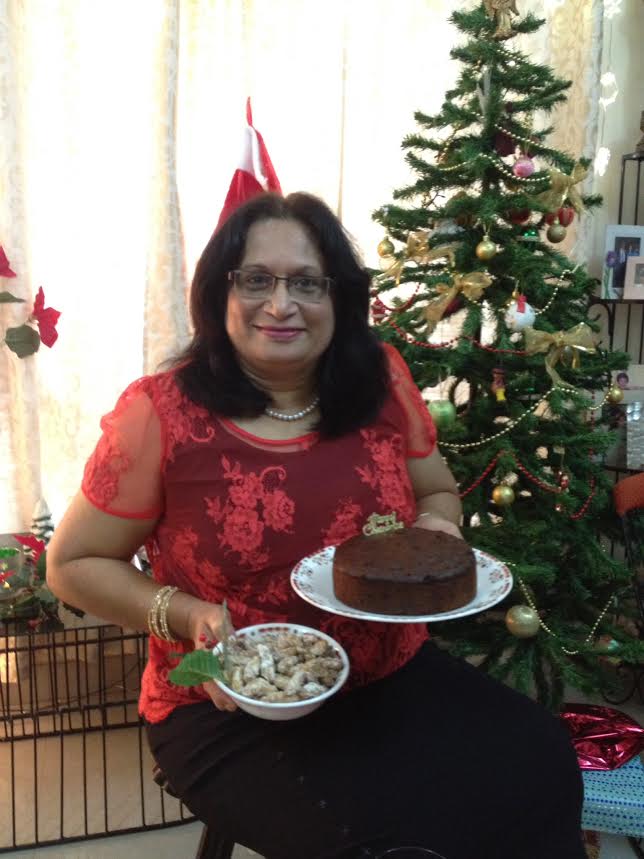 Passing on the legacy of Anglo-Indian cuisine

A former bank employee, Bridget’s professional life took a 180 degree turn when, after opting for voluntary retirement, she began to document Anglo Indian cuisine. Always interested in food, it was only when her daughter left for higher education to a foreign country that Bridget realised the value of the knowledge she held.
“I wrote out some recipes for my daughter,” recalls Bridget. “This became so popular with her friends that we dubbed it the black book. As she kept calling me to clear doubts, I realised that many of these recipes would probably die out if they were not recorded.” It provided the impetus for Bridget’s first book – The Best of Anglo Indian Cuisine – a Legacy, which came out in 2004.

With publisher after publisher rejecting her manuscript, by the time a publishing house finally agreed to the book, Bridget was weary of the entire procedure. So she decided to bring it out herself. Despite the high expense that self publishing entails, Bridget has not regretted the decision.

“The Internet has been a huge blessing,” she says with a smile. Thanks to technology and the blog, Bridget has been able to market her books so well that she has recovered all costs incurred. Considering that she did not know how to even work a computer before she embarked on her cookbooks, this is no mean feat. There have been no book launches or media blitzes either, but word of mouth did the rounds and the resultant press write-ups propelled Bridget into the limelight. Publishers also took note. Bridget’s seventh book, currently with a major publishing house, will soon be out. And her eighth – a nostalgic look at life in Kolar Gold Fields (KGF), has been published by Author House UK.

Bridget, who grew up in the close knit mining community of KGF where a large percentage of the population were Anglo Indians, believes that Anglo Indian cuisine is the first instance of fusion food in India. “It is a confluence of various cultures, not just Indian and British,” she says. “Even within Anglo Indian communities in different parts of India, the ingredients for the same dish can vary. In Cochin the use of coconut will be more, while in Calcutta the oil used would be mustard. But whichever the region, the use of spices remains constant. The judicious use of spices is the defining trait of our food. Not spicy and not bland,” she adds.

Bridget’s favourite meal is yellow coconut rice, mince ball curry and pepper chicken. It is a reminder of her childhood. And of a past that she remembers with clarity. With four generations of Whites in the mining sector and a family home in Robertsonpet in KGF, Christmases especially were a great time for merriment and feasting.

To read Bridget-White Kumar’s blog, click here. For copies of her books, contact her on 9845571254 or at bidkumar[at]gmail[dot]com or bridgetkumar[at]yahoo[dot]com
“My father was a mining engineer and we lived in huge rambling quarters in KGF. There were four mines and each mine would have their Christmas function; with a tree, games for children, Santa distributing goodies, a funfair with food stalls where coconut puffs and marshmallows were favourites and the Christmas dance which began at 9 in the night and wound up by 5 in the morning! The dance was a big event; people would come from Chennai and Bangalore to hear the groups playing,” she says.

It is recollections like these that you will find in her yet to be published book. People like Bridget White-Kumar prove that you do not have to be an academician or historian to bring the past alive. She could have led an ordinary retired life but, with her perseverance in documenting the food of a dwindling community and her resolve to pen memories of a world that has disappeared, she has chosen to tread a different path.

Shift the flour, baking powder and salt together. Dust the orange/ lemon peel and chopped black currants with a little flour. Cream the butter and sugar well. Add the egg yolks, date syrup, cinnamon and clove powder and vanilla essence and mix well. Add the orange/ lemon peel and black currants. Slowly add the egg whites and flour and fold it well. If the mixture is too thick add a little milk. Pour into a greased and papered baking tin or dish and bake in a sow oven for about 40 to 45 minutes. Remove from the oven when done and set aside to cool.

(Taken from The Anglo-Indian Festive Hamper, one of the books Bridget White authored.)
⊕
Theresa Varghese
23 Dec 2009
Independent writer and ardent baker who loves all things to do with food