The original Mulligatawny Soup can be traced back to the early days of the East India Company in Madras to around the 18th century. It was originally a soup made with chicken or mutton/lamb stock. Mulligatawny Soup had no history in India before the British Raj. Supposedly, it was simply an invention to satisfy the Britishers, who demanded a soup course for dinner from a cuisine that had never produced one till then. The Tamil servants in those days concocted a stew like dish, that contained pepper and water on the lines of their local “Rasam” or “Melligu –Thanir. It was an interesting mix of East meets West, and was the nearest thing to soup in the cuisine of Colonial India. Mulligatawny Soup was actually the anglicized version of the Tamil “Melligu -Thani”. (“Melligu” meaning pepper and “Thanir” meaning water). As the name suggests it was originally just pepper in a watery soup.

In course of time a lot of other ingredients such meat, chicken, coconut, turmeric and other spices were added to give it a completely different flavour. A variety of “Mulligatawnies”, then came into existence which quickly became popular throughout the Common Wealth. Recipes for mulligatawny were quickly brought back to England by the British and its popularity spread through out the country. It has made a lasting impression on British cuisine right down to the present day, though it has undergone many changes. It is still an excellent “Comfort” dish on a cold rainy day and will surely lift the spirits when one is down in the dumps.
Mulligatawny Soup is now firmly entrenched not just in cookbooks but history books as well as a thick, spicy meat soup which is a wholesome meal in itself served with bread or rice. It has remained popular in the United Kingdom and is now available even in cans in some stores. The Mulligatawny Soup of today bears little resemblance to the original “MELLIGU -THANI”. And despite the name, pepper itself is not an important ingredient in the dish.
Though purported to be a classic Anglo-Indian dish since it came into existence during the Colonial Era, and was very popular then, Mulligatawny is not a typical Anglo-Indian dish. The real dish we Anglo-Indians call “Pepper water” is actually closer to the Tamil Rasam than Mulligatawny. Mulligatawny ultimately culminated into our very own Breast Bone pepperwater and various other variations such Shrimp Pepperwater, Dal Pepperwater, Horsegram pepperwater, etc. 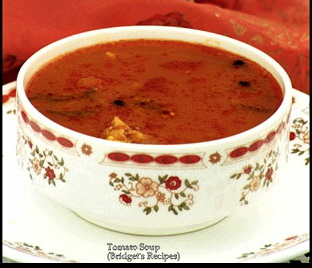 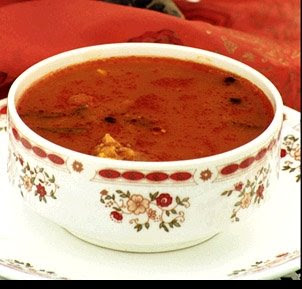 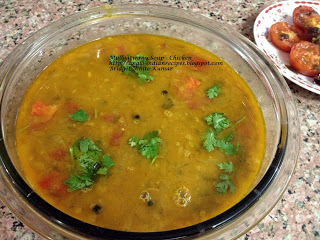 My grandmother used gram dahl flour or Besan in the soup instead of red lentels or masoor dahl. It was excellent.

This is amazing recipe and so yummy recipe.I love this recipe so much.I make this recipe twice in this month and it is fabulous result.