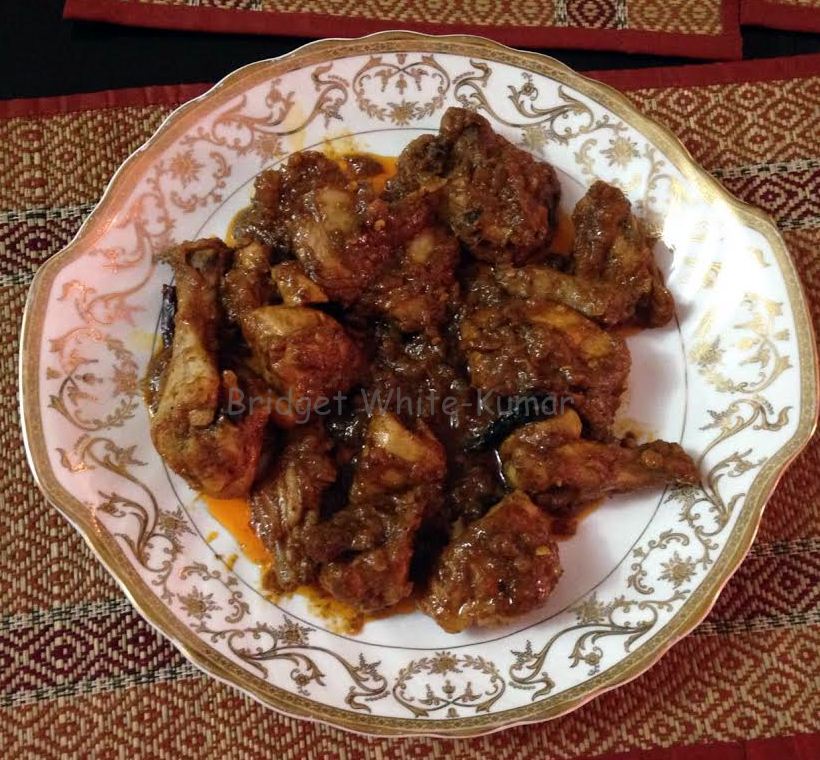 Coq Au Vin is a Burgundian dish, and is considered a French comfort food. The traditional recipe for Coq au Vin did not include chicken, but rather a “Coq,” which is a rooster.
The red wine in the recipe was used not to mask flavor, but to allow the acids to help break down the old meat of the rooster True coq Au Vin was actually finished with the blood of the rooster stabilized with brandy and vinegar, this would help the blood not clot. Initially blood of the rooster was used to thicken the dish.

Marinate the rooster or chicken with all the above ingredients and set aside for about one hour. Heat oil in a suitable pan and add the marinated rooster / chicken pieces. Cover and cook on low heat till the pieces are well cooked and the gravy is thick. Serve with bread or dinner rolls. 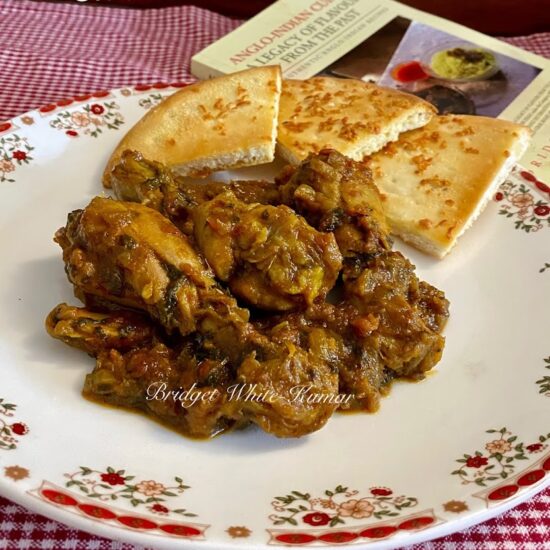 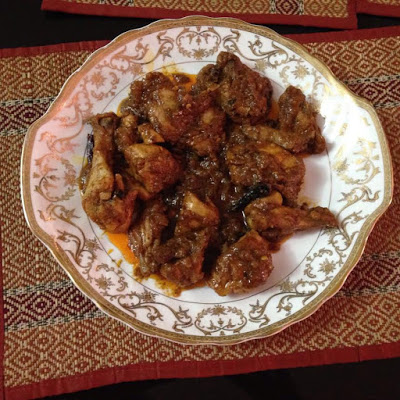