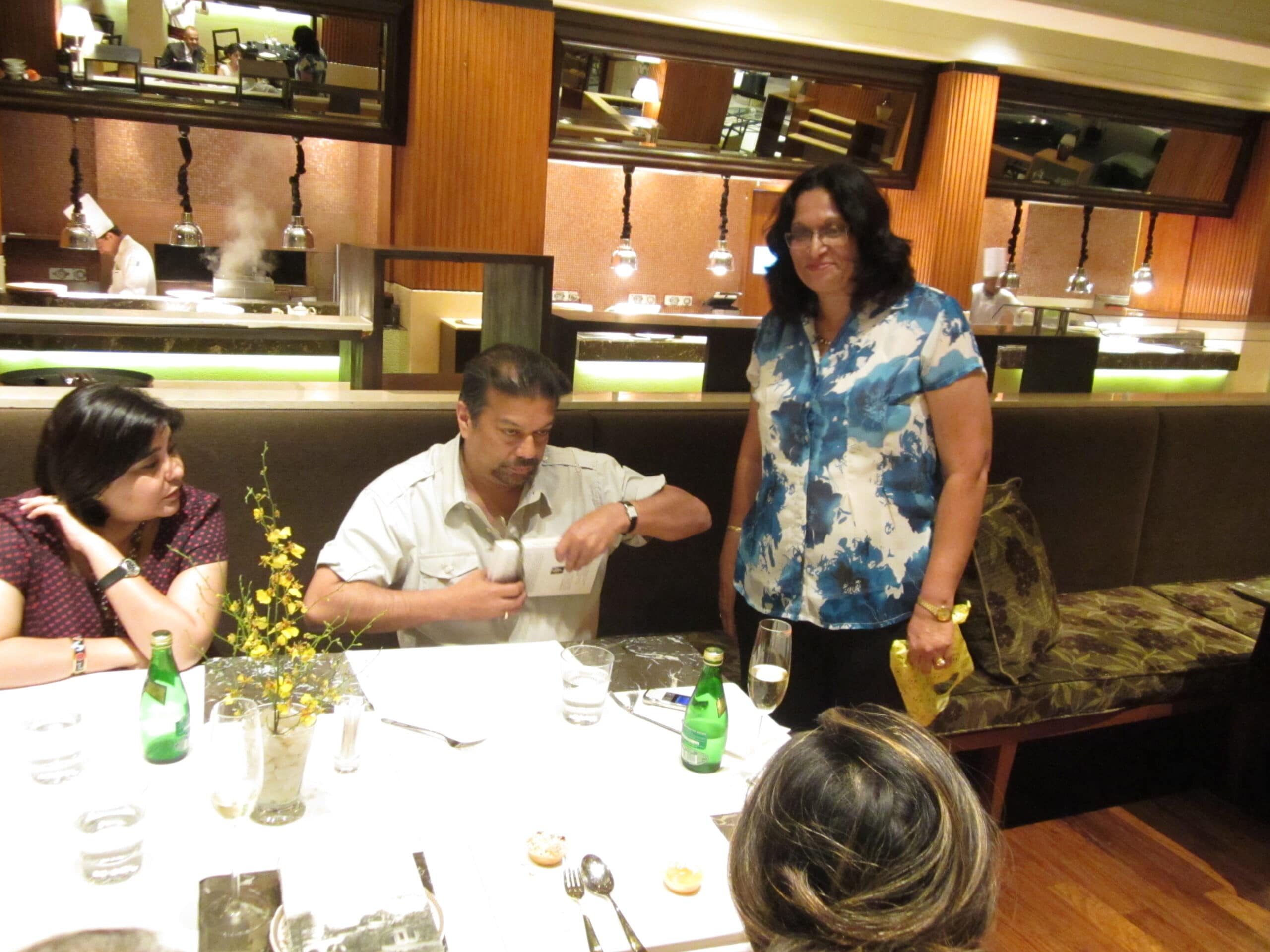 ANGLO-INDIAN DINNER MENU CURATED BY ME FOR MR.VIR SANGHVI AT THE TAJ WEST END BANGALORE
Mr. Vir Sanghvi, the noted Editor and Television Celebrity was in Bangalore in connection with the historic event of The Taj West End Bangalore celebrating 125 years of the West End this year. He and Mrs. Sanghvi were guests of The Taj West End Bangalore. The Taj West End as part of the celebration is showing Colonial Anglo-Indian Food and Mr. and Mrs. Sanghvi were treated to a special Anglo-Indian Dinner on the 20th September 2012 at THE TAJ WEST END (MYNT RESTAURANT).
I was requested by Executive Chef Sandip Narang of the Taj West End to formulate a special Menu of popular and tasty Colonial Anglo-Indian Dishes and personally supervise the preparation of these dishes that were served to Mr. and Mrs. Sanghvi at Dinner on 14th June 2012.
Needless to say that both of them thoroughly enjoyed the delicious spread of Anglo-Indian Coconut Rice, Mince Ball Curry, Colonial Pepper Chicken, Railway meat curry, Bengal lancer’s Shrimp Curry, Prawn Fry, Liver and Onions, Pan fried Pepper Fish, Fish Kedgeree, Seer Fish in a Tangy Gravy, Pork devil Fry, Potato Chops, etc, together with a selection of Anglo-Indian pickles, relishes and chutneys. Dessert was a selection of old Anglo-Indian favourites such as Bread Pudding, open Pineapple tarts and miniature Apple Crumble together with Custard sauce.
They were truly appreciative of the wonderful taste of Anglo-Indian Food and the rich culinary history behind each dish that I explained and talked about. I also presented them with a few of my Anglo-Indian Recipe Books which was graciously received.
Mr. Vir Sanghvi is an Editor and also a Television celebrity. Currently, he is the Editorial Director of the Hindustan Times and is possibly the most influential political column in the country. He also writes Pursuits—a column that appears in the weekend section of Mint, the business paper brought out by HT Media. Mr Sanghvi is also a foodie, writing the inimitable and hugely popular “Rude Food Column” in Brunch, Hindustan Times’ Sunday magazine.
My sincere, grateful and special thanks to Executive Chef Sandip Narang and the Taj West End Bangalore for giving me this wonderful opportunity of sharing my expertise in Anglo-Indian Cuisine and being part of their 125 years Celebrations.
Credit for the wonderful Anglo-Indian Meal should be given to all the team at the MYNT Kitchen in particular Chefs Bharat Kapoor, Abhijit Mallick, Sukesh, Phillip, Parimal, Pranav, Susainathan, keshav Rao, Srinivas, Manoj, Niranjan, Manju, Santosh, Nanda, Melvin, Jose, Devandra, Ramachandra, Milton and all the other staff who supported me and helped to make this a success. Thank you and God bless you all.