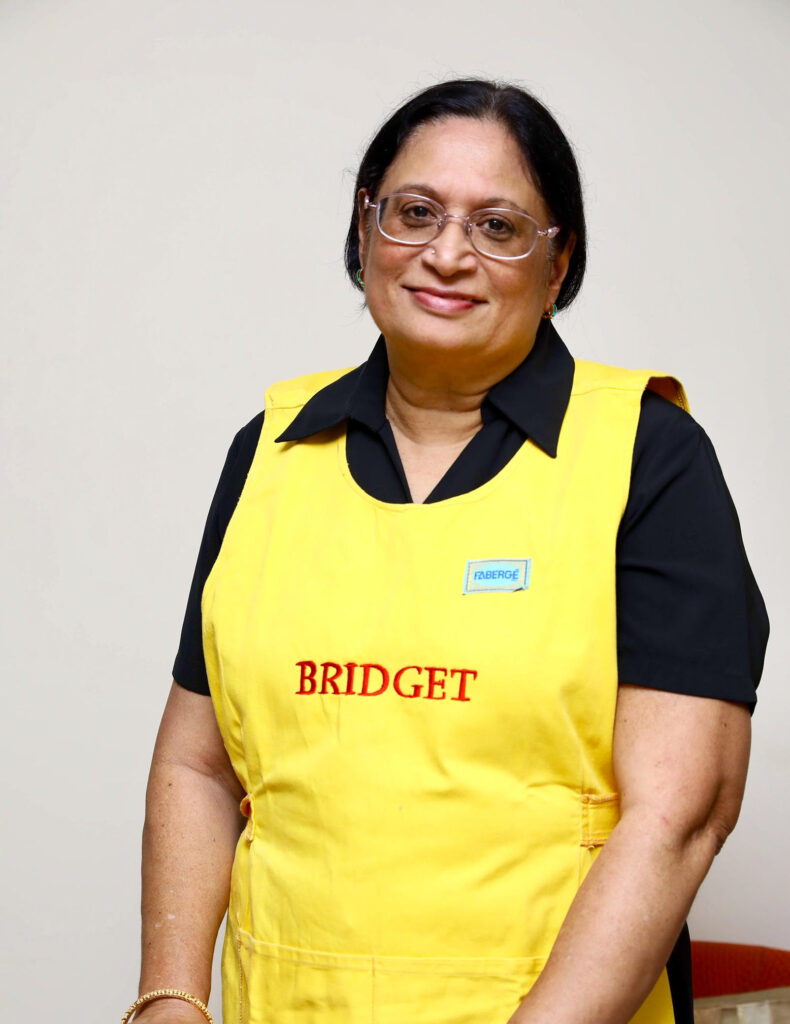 My name is Bridget White-Kumar. I am a Cookery Book Author and Independent Food Consultant and Trainer in Colonial Anglo-Indian Cuisine at Bangalore, India.

I have authored 8 Cookery Books on Anglo-Indian Cuisine. My area of expertise is in Colonial Anglo-Indian Food and I have gone through a lot of effort in reviving the old forgotten dishes of the Colonial British Raj Era. My Recipe books are a means of preserving for posterity, the very authentic tastes and flavors of Colonial ‘Anglo’ India, besides recording for future generations, the unique heritage of the pioneers of Anglo-Indian Cuisine.

One of my Recipe books ANGLO-INDIAN CUISINE – A LEGACY OF Flavors FROM THE PAST was selected as ‘Winner from India’ under the Category: ‘BEST CULINARY HISTORY BOOK’ (COUNTRIES) by GOURMAND INTERNATIONAL SPAIN, GOURMAND WORLD COOK BOOKS AWARDS 2012.